The distillery was founded in 1879, when the legendary Colonel James E. Pepper – in whose honour the Old Fashioned cocktail was created – built his distillery on the site, which he then operated until his death in 1906. The distillery continued operations until 1958, when it was shut, and then abandoned for over 50 years, eventually falling into disrepair. Over the last few years a portion of the site and adjacent buildings have been revitalised as a vibrant ‘Distillery District’, full of thriving local businesses. The James E. Pepper Distillery will be the anchor tenant in the historic main distillery building. Thorough historical research and the collection of historic materials over the years will play an important role in rebuilding the distillery and museum. Materials include detailed mechanical drawings of the old distillery, a large collection of preserved, vintage Pepper whiskey, and historic letters from Colonel Pepper.

<< Back to James E. Pepper Home 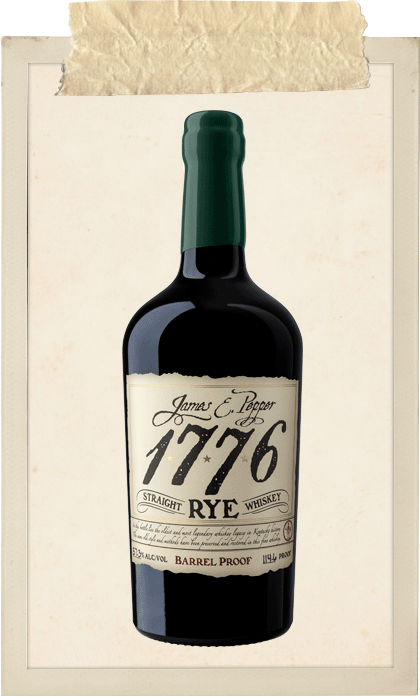 This whiskey is non chill-filtered and has over 90% Rye in the Mash Bill. The same exact whiskey as in the standard award winning 92 proof version, only straight from the barrel.

Nose: Bouquet of dried fruits, spices and honey on the nose.

Palate: Silky texture on the palate.

Finish: Almonds and nuts on the finish.